Haydn is our own beloved mad Scientist. He comes from a vastly different sporting background from most of us has very unorthodox but effective views on how the game is played and won. As a program trained athlete, I was sceptical at first, but when I was easily dispatched by the techniques, I jumped on board right away and have done my best to help push his ideas and theories to the masses around the world. We at Vic Beach admire his dedication to the athletes and his enthusiasm for the game.

Haydn Ellis is a freelance beach volleyball coach based in Melbourne, Australia. Haydn has developed some of Australia’s best players. He has coached players from entry level through to World Tour competition including the FIVB World Championships. Haydn currently works with world tour players from both Australia and abroad.

My background is in martial arts. I was fortunate enough to receive instruction in traditional Japanese martial arts from Grandmaster Raoul Kent (deceased). As a sports coach I have found the principles I learned from Master Raoul to be universal in their application.

My background in volleyball is different to most who coach at an elite level. I have never played indoor volleyball, only beach. I didn’t touch a ball until I was twenty-four years old. By thirty-one I began coaching National Tour level players. I have played both the side-out and rally point versions of the game. Much of what I learned and developed in defence came from playing on the larger court.

In the game of beach volleyball I address both ‘how to play’ and ‘how to win’. The two are naturally interrelated. The playing style I teach has evolved solely out of the desire to win. In particular, teaching shorter players how to win in the modern game has required a complete rethink of how best to execute some of the fundamental skills. 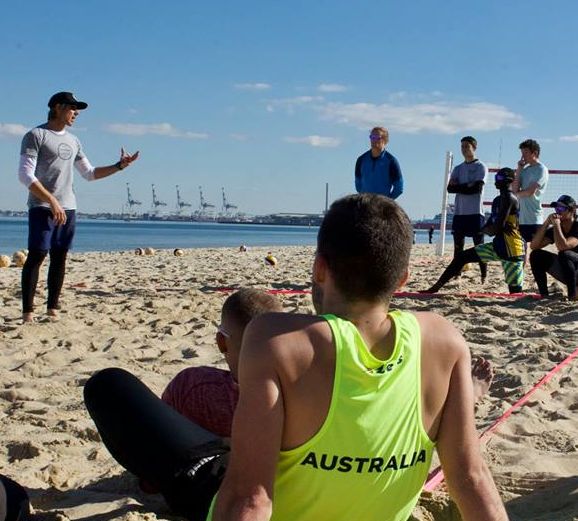